Here’s my new illustration for the exhibition ‘Princeps, Herois i Valents’ (Princes, Heroes, and the valiant) directed by Ignasi Blanch – illustrator and teacher at Escola de la Dona, Barcelona.
Ignasi’s idea was to illustrate classical children’s stories but rethink the masculine characters and offer an alternative view on their stereotypical roles – giving a new personality to well known characters such as Tarzan, the 7 dwarves in Snow White, and the giant from Jack and the beanstalk, among others.
There will be 13 illustrations in all different styles on display by students from the various Illustration courses at Escola de la Dona. 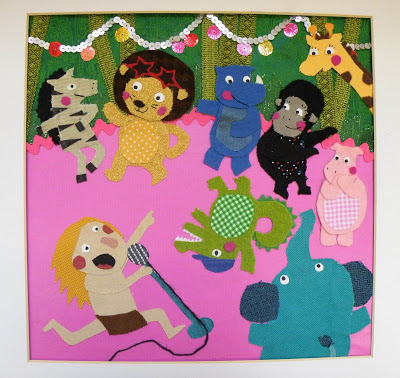 I was chosen to draw Tarzan singing karaoke in the jungle to all the animals. I chose ‘Jungle Boogie’ by Kool and the Gang as his karaoke song and watched 70’s music videos on You tube to get inspiration for the animal’s funky dance moves.
Exhibition flyer… 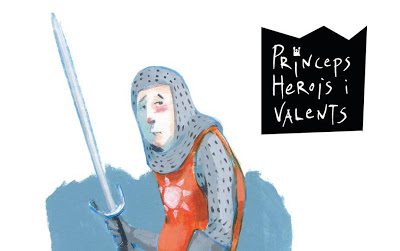 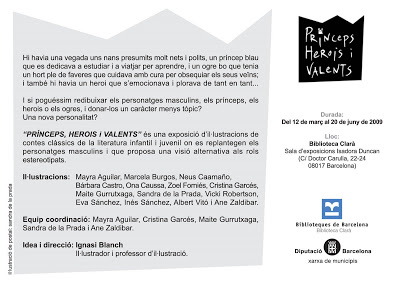 Close ups of the different characters… 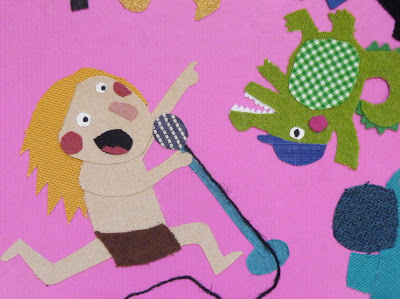 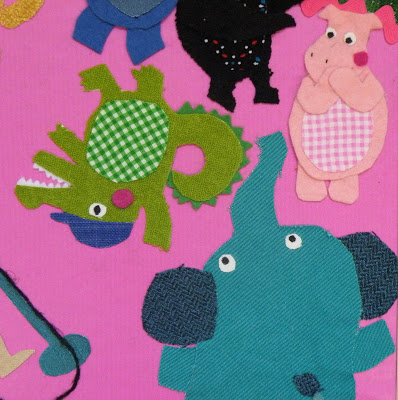 Mr Croc, Ele and Miss Hippo (one of Tarzan’s biggest but shyest fans!) 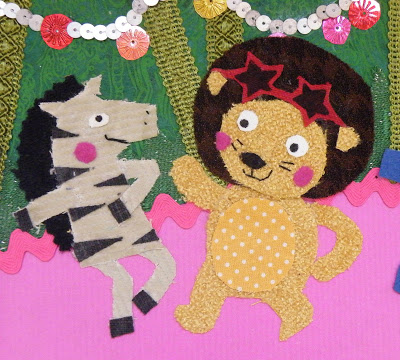 Zebra and Lion shaking that boogie. Zebra’s moves were inspired by Michael Jackson back when he was in the Jackson 5. 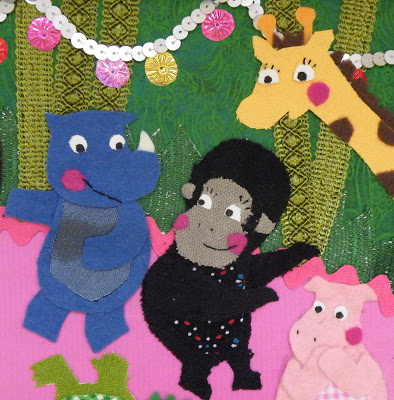